SBMAA recommends that local code officials review this report before giving their approval.

We are in Stowe, VT at the 31st Annual Fire Prevention & Safety Symposium. Here are the handouts from the booth!

United States Needs 4.6 Million New Apartments By 2030 or It Will Face A Serious Shortage

To meet growing demand, America needs to build at least 4.6 million new apartment homes at all price points by 2030. In addition, as many as 11.7 million older existing apartments could need renovation during the same period.

These projections come from a new study commissioned by the National Apartment Association (NAA) and National Multifamily Housing Council (NMHC) and conducted by Hoyt Advisory Services (HAS).

“It’s important to note that this number excludes the supply-demand imbalances already existing in some markets,” said Paula Munger, NAA’s Director of Research and Industry Analysis.

The study attributes this increased demand to: 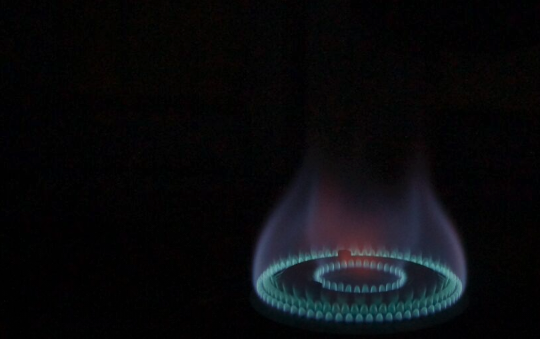 By Brent Bennett, PHD from the Texas Public Policy Foundation

A common saying around the Capitol is, “as goes Texas, so goes the nation.” Unfortunately, “as goes California, so goes Austin” is just as accurate. Following in the footsteps of Berkeley, San Francisco, and other California cities, Austin and other Texas municipalities are considering banning natural gas utilities for new homes and businesses.

Communities of color in California are already waking up to the fact that natural gas bans are harming minorities, and Texas leaders should heed these warnings. While these policies satisfy environmental groups and political constituencies that lobby our city councils, recent polling shows that nearly 70% of Texans oppose them.

For Brent Bennett's testimony on the bill click here. 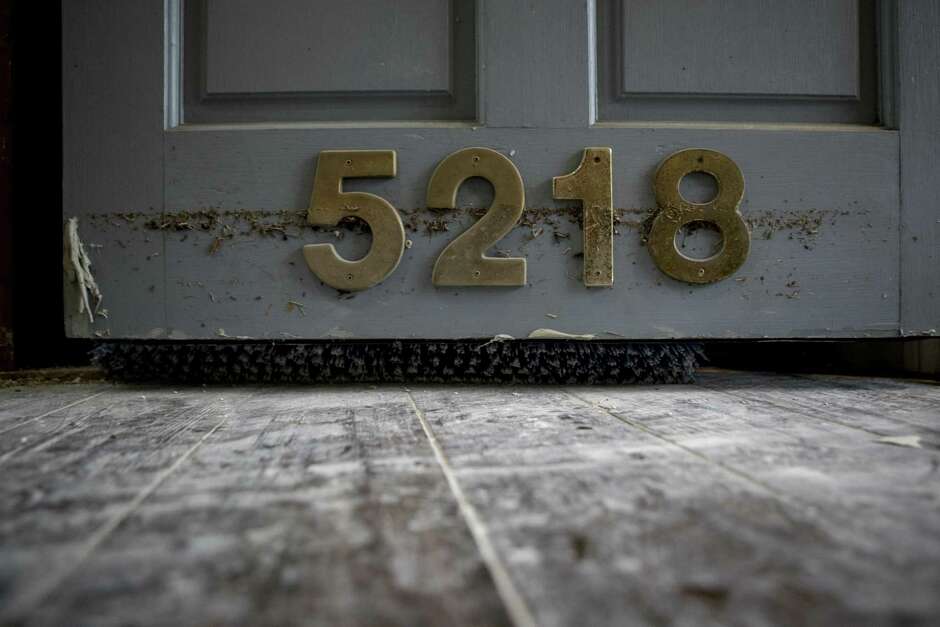 A water line is shown on a doorway during restoration of a Meyerland area home, that was flooded in the aftermath of Hurricane Harvey, on Thursday, Sept. 21, 2017, in Houston. Photo: Brett Coomer, Staff / Houston Chronicle

A little more than a year ago Hurricane Harvey washed over the Texas coast, leaving behind a devastating legacy of record rainfall, mass flooding and death. The nation watched as Texans pulled together to help each other and pick up the pieces.

SGA thanks Lubbock firefighters for continued service - The Daily Toreador 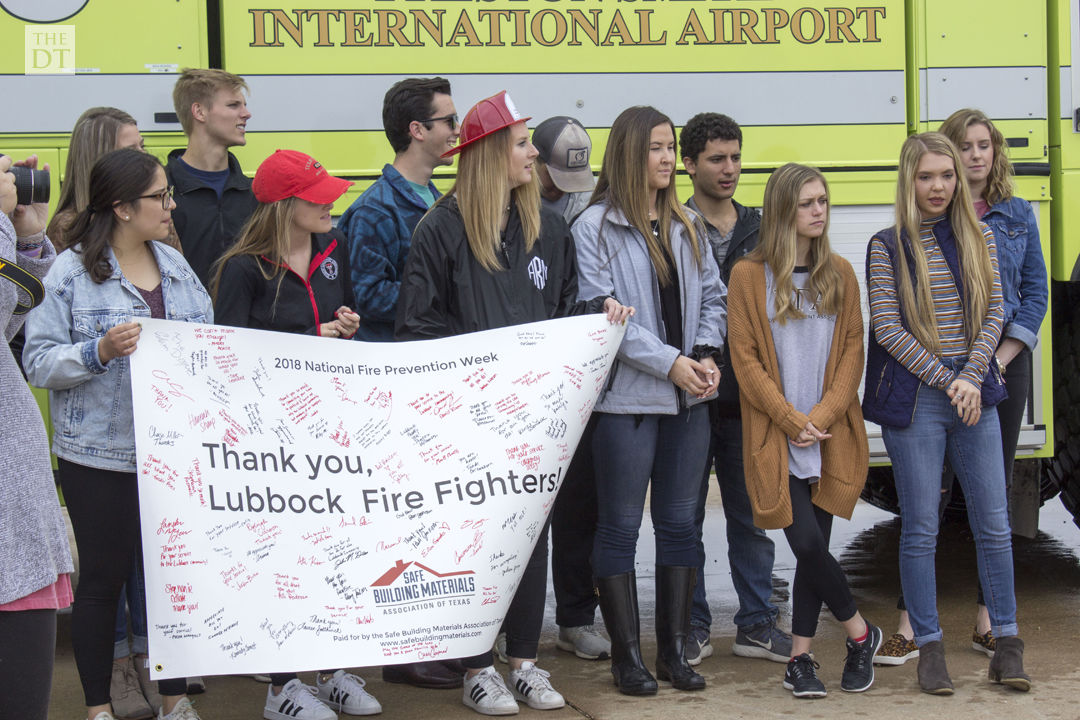 Students and members of Student Government Association hold a thank you banner at Fire Station 11 to show gratitude to Lubbock firefighters after delivering muffins to every fire station in Lubbock on Oct. 13, 2018. Matthew Setzekorn

The Texas Tech Student Government Association went to every fire station in Lubbock to deliver muffins and show appreciation for their service.

As Texans, we have a lot of things to take pride in. From our barbecue to our football to our big cities and sprawling fields, Texas is truly a unique state. What really sets us apart is something that isn’t so easily seen. In the wake of Hurricane Harvey, the nation was able to witness Texans’ capacity to overcome obstacles and extend a neighborly hand to those in need. Our state has an innate ability to withstand devastation and rebuild from the rubble. No matter the obstacle, Texans come together to create something new. 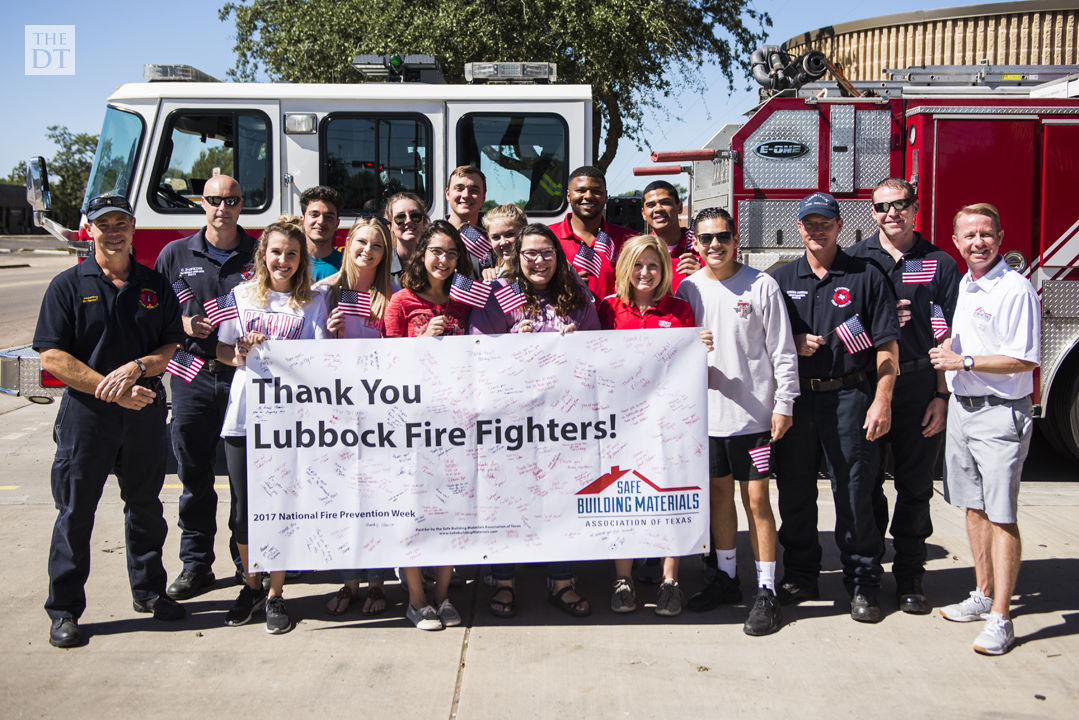 Chris Chapman of Safe Building Materials Association of Texas and members of the Texas Tech Student Government Association present Station 12 with a banner on Saturday, Oct. 7, 2107. Chapman and SGA visited all 19 Lubbock Fire Department Stations on Saturday to show their gratitude for the work of LFD. Justin Rex

Some of the students involved in SGA delivered muffins to each of the fire stations in Lubbock. Each of those students congregated to Fire Station 12 to deliver a thank-you banner to the Lieutenant Curtis Swinford, chairman of the Lubbock Professional Firefighters Association.